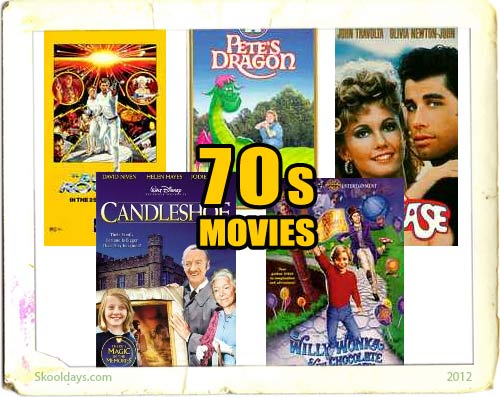 America’s favorite beagle hits the road with his pal Woodstock in Snoopy, Come Home, while Benji comes home to stay. Wilbur finds salvation in Charlotte’s Web, Charlie finds a golden ticket in Willy Wonka & the Chocolate Factory, and Jim Henson brings Kermit and company to the big screen in The Muppet Movie. Jaws swims, Superman flies, and Grease dances all the way to the box-office. Disney teams Don Knotts and Tim Conway in The Apple Dumpling Gang, Jodie Foster deals with the adult world in Freaky Friday, Prudence finds out she’s not of this earth in Escape to Witch Mountain, and long ago, in a galaxy far, far away, Star Wars arrives to usher in the era of the blockbuster.

Movies in the 40s

Movies in the 30s