You are in: Home > Scooby Doo Underscore – Where are You?

Searching for the Scooby Doo background music has been a project and a half.

I notice that like me, the internet is full of retro cartoon fans wondering why Hannah Barbera have never released the great background music from the early 70s Scooby doo episodes.

We are not talking about the Scooby Doo theme tune as this is widely available, im refering to the background music that is often heard in the middle of an episode. It apears there are several, but one stands out and is normally the tune played when they discover a vital clue or Thelma starts to explain something to the gang.

One fan asks “Where Can I Get The Background Music From Classic Scooby Doo?” on Yahoo! Answers and the only answer is itunes. Talk about no answers! 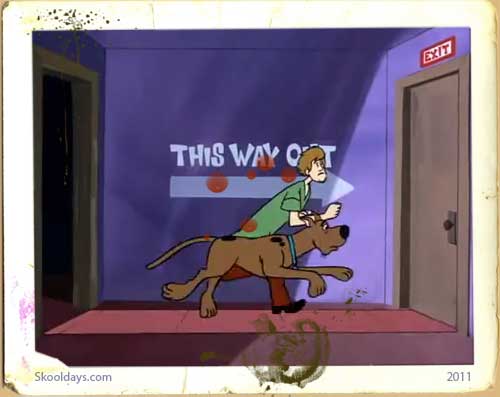 Scooby Doo Underscore – Where are You?

I’ve approached this a real project as it appears it just doesn’t exist. There is a great Hanna Barbera sound CD collection and a release of many of the classic Hanna Barbera cartoon titles including Scooby Doo and Top Cat. It became clear that it’s known as an “Underscore” not “Background music” as the definition of an underscore is Music that provides emotional or atmospheric background to the primary dialog or narration onscreen.

Some progress – it’s known as a Scooby Doo Underscore !

I then decided to hunt on your tube using this search term but it appears once again, no one has it. One person spoke of giving their rand hand to get the background music.

Personally I think it would make an awesome ringitone on my phone.

I noticed that there are many episodes on youtube, so i suppose i’m at the point where i now ask if there is anyone out there who knows what this underscore is called. Whether it has ever been made avaialble to download. Who produced it etc.

Meanwhile enjoy listening to it on this episode
You will need to go to 8:39 mins to hear the underscore i’m trying to identify

133 thoughts on “Scooby Doo Underscore – Where are You?”