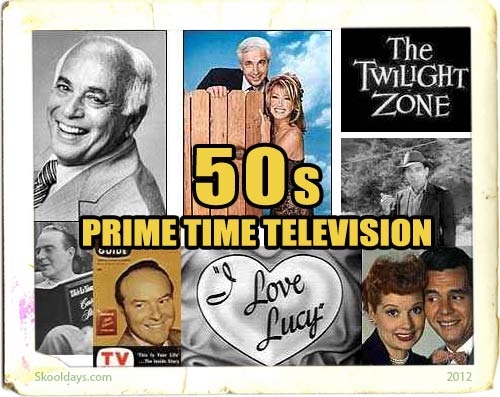 We interrupt this program to bring you this late-breaking bulletin: In the beginning, there was live TV. The migration from radio had begun. From Donna Reed’s perfect family to Marshal Dillon and Joe Friday, from the Texaco Star Theater to You Bet Your Life to I Love Lucy, all across the country, Americans begin to build their routine around their favorite shows. A new lexicon is quickly established: TV Dinner. Sitcom. “To the moon, Alice.” Soon, familiar faces like Bob Hope, Jack Benny, and Groucho Marx are joined by “new” performers, and cowboys, spacemen, and loyal dogs and horses crowd the screen as the battle for ratings begins.