You are in: Home > Crackerjack

Can you say Crackerjack without saying Crack-er-Jack?

As the time and place suggested, it was going to be 45 minutes of games, comedy and music. Whether Jack Douglas, Ronnie Corbet, Don Maclean, Peter Glaze and The Krankies or Leslie Crowther, Michael Aspel, Ed Stewart or that weird Stu Francis, you knew that you would have a barrel of fun. 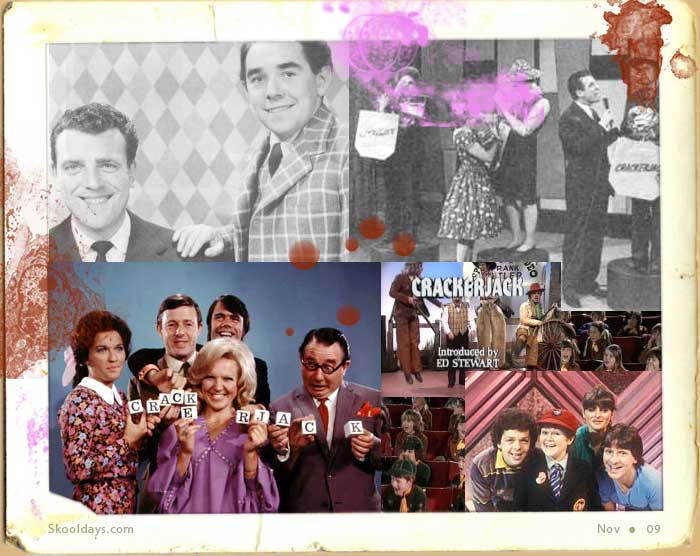 Back in 1955 Crackerjack was originally presented by This Is Your Life’s Eamonn Andrews. The last presenter gave it the kiss of death with, Stu ‘Ooh, I could crush a grape’ Francis.

We probably all remember Double or Drop, where children were picked from the audience to answer questions, winning prizes for a right answer and cabbages for a wrong answer. All had to be held for the duration of the game. No wonder kids hate cabbages these days.

There were no losers, however, with everyone going home with the much-coveted Crackerjack pencil. How much did that cost the BBC budget, even a pen would of been better!

Do you have any memories of Crackerjack?