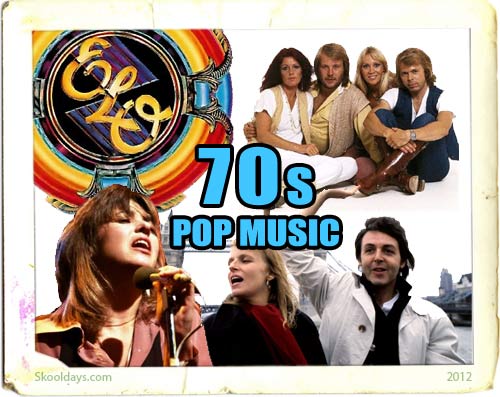 Led Zeppelinadds extra volume and energy to r&b to create heavy metal, inspiring a legion of hard-rocking groups like Aerosmith and AC/DC in the process. Bobby Sherman, Donny Osmond and Leif Garrett combine sweet pop tunes with a pin-up image to create a new era of teen-idol music. On the dance floor, The Bee Gees add soul to their sound to join Donna Summer and K.C. and the Sunshine Band in a wave of danceable pop known as disco. Waaaaay at the other end of the spectrum, The Sex Pistols and The Ramones fuse raw rock with serious attitude, and punk rock is born.