You are in: Home > Stylophone

Back in the seventies, When Rolf Harris appeared for several years as the Stylophone’s advertising spokesman in the United Kingdom, everyone seemed to think there were a new found musician. Match of the day was being played by everyone on a Stylophone!

The Stylophone was invented by Brian Jarvis in 1967. It was a stylus-operated synthesizer made with a metal keyboard. When the stylus in effect shorted each individual circuit a note was played. 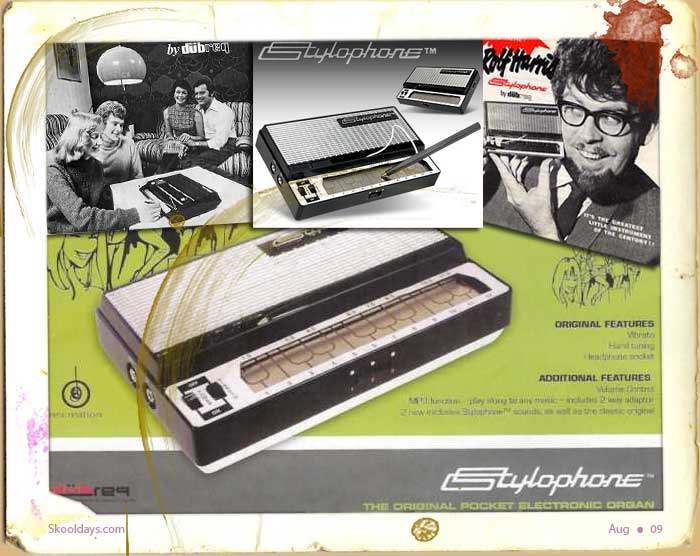 The Stylophone ended up being used by several pop groups over the years and even used in the Doctor Who audio drama Horror of Glam Rock in 1974. They are contacted by aliens through his Stylophone, and playing a certain tune on the instrument summons the aliens to Earth. Sounds a bit like Close Encounters movie, but that’s another blog another day

Brian Jarvis made his money with over three million Stylophones were sold, mostly as children’s toys. It’s even taken another large sales return in recent years too.