You are in: Home > Look-in magazine

“La-le-la-le-la Look-in”. Look-in was a long running children’s magazine centred around ITV’s television programmes in the UK, and subtitled the “Junior TV Times”. 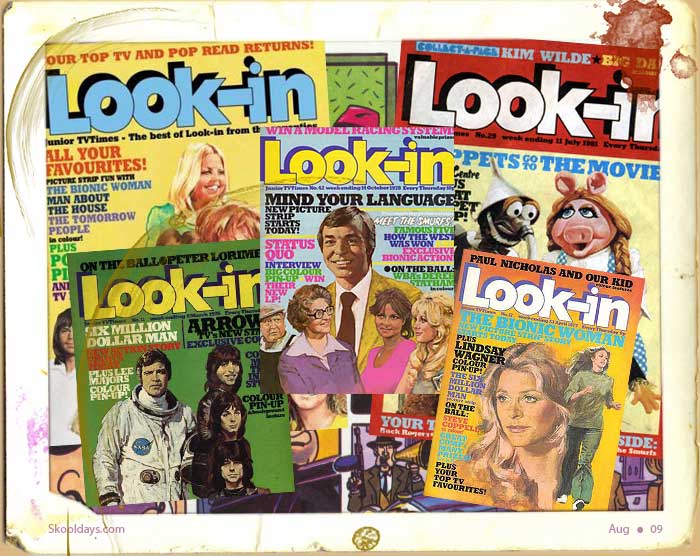 The first Look-in magazine came of the presses in January 1971 and ran for 23 years until March 1994.It was full of interviews, crosswords and competitions, and it had pictures and pin-ups of TV stars and pop idols such as Thompson Twins and Adam Ant as well as the latest TV gossip. It also had loads of comic versions of the current TV characters such as the A-Team or Worzel Gummidge and Knight Rider.

The idea was to give kids there own Tv Times and give them a chance to catch up on the latest series or to plan their TV viewing for the week. Whether it was Stu-Pot or Cheggers, Magpie or Charlie’s Angels, Look-in magazine would keep you ahead of the game and was very much a big part of the teenage scene in the seventies and eighties.