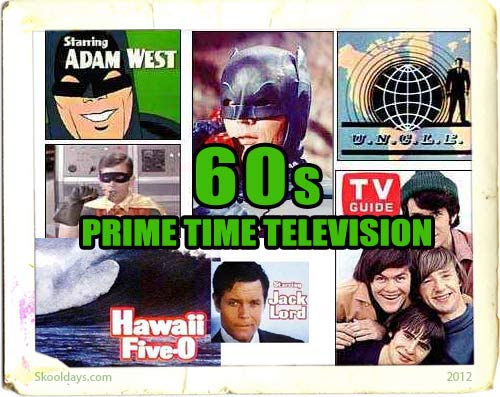 The sitcom moves into the office on Dick Van Dyke and Andy Griffith, and the western moves to the inner city as private-eye and traditional cops and robbers shows. Walt Disney ushers in a new era of broadcasting with his Wonderful World of Color. By the mid 60’s, color is king, and the screen is filled with magical mistresses like Samantha and Jeannie, suave secret agents like Napoleon Solo and James West, weirdos named Munster and Addams, serious space fare from Gene Roddenberry’s stalwart Star Trek, and mod, modern girls like Honey West, Yvonne “Batgirl” Craig, Peggy Lipton, and Marlo “That Girl” Thomas. At the end of the decade, America’s favorite sitcom family debuts on ABC, bringing to TV “the story of a man named Brady.”