Back in 1966 after months of writing and bouncing ideas back and forth a teaser episode called “The Cage” was aired on September 1966. The story was about Captain Pike who was held prisoner and tested by aliens who have the power to project incredibly lifelike illusions. This was the very first airing of Star Trek and the following week a full episode was aired in the United States on NBC on September 8, 1966. 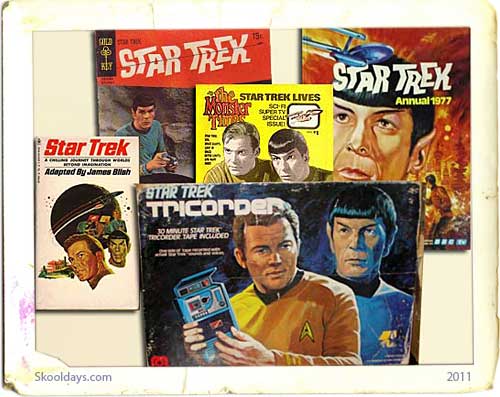 29 episodes later and many successful plot lines further Star Trek moved into cult status and still to this day has “Trekkie’s” all over the world.

The first main episode aired on the 8th Sep 1966 tells the tale of the crew of the star ship Enterprise and that crew’s five-year mission “to boldly go where no man has gone before.” These phrases have last all the tests of time and are still famously attached to the show. If it wasn’t for the popularity of the repeats it may never of returned. During the reruns it gained cult following. Originally presented under the title Star Trek, it has in recent years become known as Star Trek: The Original Series or as “Classic Trek” or “Vintage Trek”. All subsequent films and television series, except the Star Trek animated series of the 1970s, have had secondary titles included as part of their official names. A re-release of the series began in September 2006 with CGI “enhancements” as a high-definition “Remastered” edition. The first season has been converted to this and other episodes are still being remastered.

These remastered Star Trek episodes currently air in syndication while the originals appear on TV Land, G4 (TV channel), Sci Fi in Australia, The Sci-Fi Channel in the UK, in Poland on TV Plus and, additionally, on BBC2 in the UK, and other small stations, although these broadcasts are infrequent and irregular.

So how does the latest Star Trek compare. Well they both have there place, but for me and the nostalgia of the early episodes, it is there to love and enjoy for the next generation and beyond.