You are in: Home > Old Sweet Shops are Making a Return

It appears in my town that old “Sweet Shops” are making a returnHaving spent a weekend at the branding museum in London. England still has some excellent packaging on the old sweets that used to pave each shopping area. Surprisingly the sweet jars seem to be making a swift comeback with two in my local town opening up in recent months.

These shop are full of shelves which almost groan with the weight of the heavy glass jars filled with old fashioned sweets of yesteryear including Pear Drops, Rhubarb and Custard, Humbugs, Butterscotch Wine Gums, Liquorice All sorts, Midget Gems, Liquorice Sticks, Aniseed Balls, Space Dust, all on display with incredible nostalgic colours. 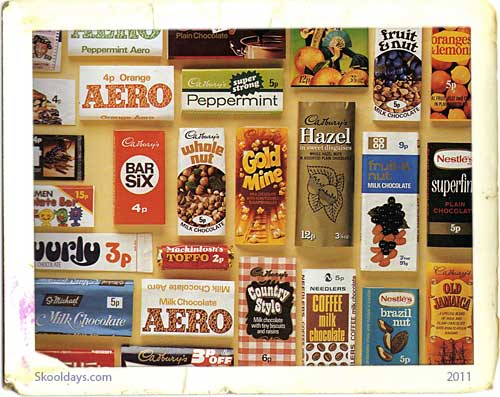 Over the years, shops have become less interesting and unique, suddenly a whole new generation are discovering that unique character missing from today’s shops.

Ask Robert Opie, who currently houses his collection at Opie’s Museum of Memories at Museum of Brands, Packaging & Advertising in London. This recently moved from Gloucester. His collection contains over 500,000 items which together tell the extraordinary story of Britain’s consumer society, its lifestyle and culture Robert as a teenager, gathered together contemporary packaging, everything from cereal boxes to cigarette packs. 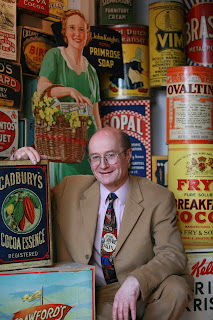 The first item in the Collection was a Munchies pack bought by Robert on Inverness railway station in 1963, when he was 16.
By 1975 there was enough material for Robert to be invited to stage a one-man show at the Victoria & Albert Museum in London. This was entitled The Pack Age ; A Century of Wrapping It Up. This temporary show was such a success with the public and the media that it encouraged Robert to try to create a permanent Museum, and this was achieved in 1984, with the setting up of the Museum in Gloucester.So next time you fancy a stroll down memory lane why not consider a packet of spangles or a sherbert fountain with the kids.