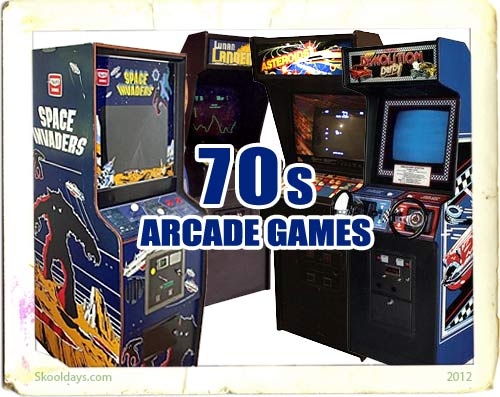 The era of the video arcade game is ushered in with Computer Space in 1971, but few really notice. Pong rights that wrong the following year, and a phenomenon is born. Games like Tank, Gun Fight, Breakout and Sea Wolf prove that video games are no flash in the pan, but Space Invaders takes the craze to a galactic new level. Meanwhile, in the non-video world, a hockey fan turns his passion into a year-round sport with Air Hockey, and Whac-a-Mole lets players work out life’s little frustrations with a padded mallet. The Who’s “Pinball Wizard” launches a new pinball craze, as celebrities from The Harlem Globetrotters to KISS grace the machines’ backglass and playfields. But by the end of the decade, video is clearly the new king, and Asteroids wears the crown.