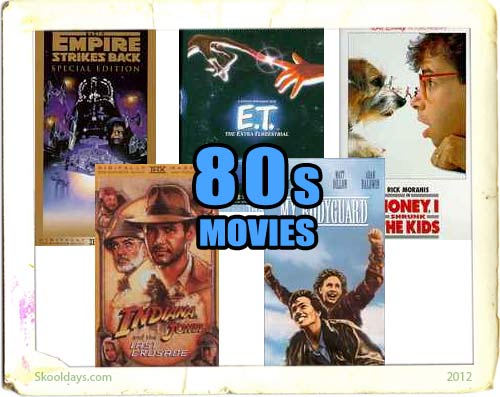 E.T.phones home and the Spielberg era continues with Raiders of the Lost Ark, Goonies, Gremlins, Explorers and Back to the Future. The Care Bears and Rainbow Brite land movie deals, Masters of the Universe goes live-action, and the Transformers duke it out on the silver screen. John Hughes becomes the voice of a generation with Sixteen Candles, The Breakfast Club, Pretty in Pink, Weird Science, and Ferris Bueller’s Day Off. Don Bluth challenges the Disney crown with The Secret of NIMH, followed by An American Tail, All Dogs Go To Heaven, and The Land Before Time. Disney takes the arcade to the big screen in Tron, and then brings the magic back to a whole new generation with The Little Mermaid.

Movies in the 40s