You are in: Home > Back to the Future

Back to the Future ; Remarkable that all those years ago when Back to the Future came on our screens in 1985 that where as the story was all about going backwards 30 years, we now look back to the movie 30 years or more. This was the movie that after going to the cinema the first time – it begged a second viewing, not many of those films exist! 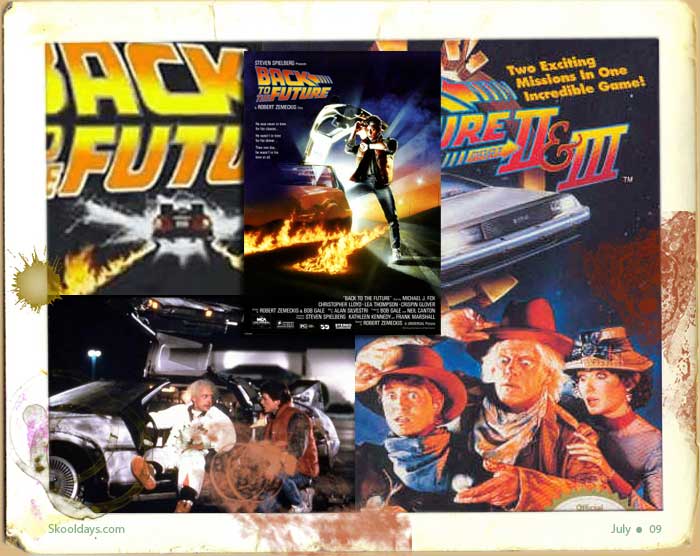 Back to the Future tells the story of Marty McFly, a teenager who is accidentally sent back in time from 1985 to 1955. He meets his parents in high school, accidentally attracting his mother’s romantic interest. Marty must repair the damage to history by causing his parents to fall in love, while finding a way to return to 1985.

Eighties Back to the Future Success

The science fiction adventure film directed by Robert Zemeckis and produced by Steven Spielberg stood out as amongst the best film of the eighties, due to its brilliant writing and characters. Including Michael J. Fox as Marty McFly and Christopher Lloyd as the mad proffesor

Back to the Future Sequels

Huey Lewis and the News created the theme song “The Power of Love”. Huey Lewis then cameoed as the school teacher who dismisses Marty’s band for being too loud, in a later part of the movie. The movie went on to become a cartoon spin-off as well as a theme-park ride.