You are in: Home > Tufty

Back in 1961 before the Green Cross Code man was a squirrel named Tufty. Created by the UK National Road Safety Committee to raise awareness of pedestrian road safety in the UK for children on there way to school. 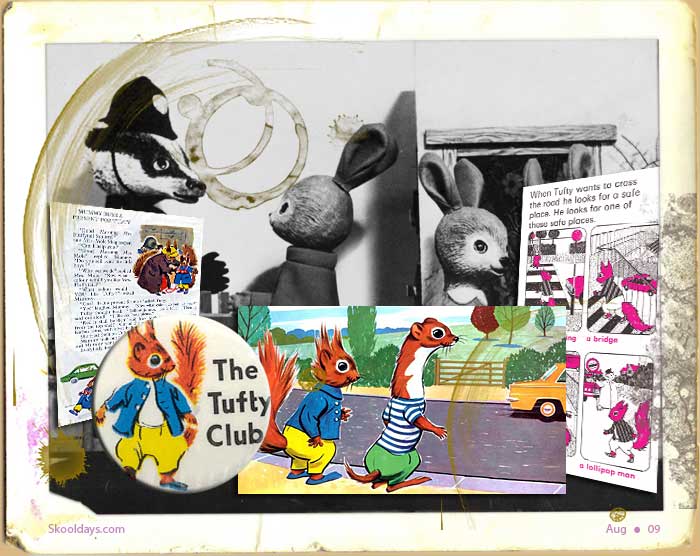 Tufty was part of a series of puppet animation public information films. Tufty the Fluffytail squirrel was narrated by Bernard Cribbins famous for the Wombles narration a decade later.

Tufty Fluffytail was created in 1953 by Elsie Mills MBE to introduce clear and simple safety messages to children. The success of the character led to the creation in 1961 of the Tufty Club for children under five years of age. Under its auspices more than 30,000 Tufty books about road safety were issued to parents. At its peak there were nearly 25,000 branches of the Tufty Club throughout the UK, and by the early 1970s an estimated two million children were members.