Today we look at  the NYC based kids tv series”B.J.’s Bunch!” – a real blast or nostalgia from the 1970’s “Saturday Morning Kids TV Shows”  – Review by Kevin Butler

In 1973..Chicago,Ill. based kids tv wraparound host/performer:Bill Jackson ( “BJ” )was invited by the station execs at WNBC TV Ch.4 in NYC to mc a children’s educational series. 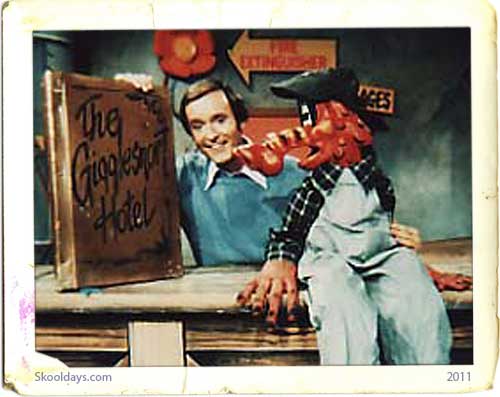 There was also segment..where “BJ” would have his mallable clay pal: “The Blob” be carved into a certain type of character that would symbolize the show’s theme “A park statue”, “A clown”, “NYC’s Empire State Building” and other well known icons.

At the end of every program “BJ” would engage his viewers in a chalk talk..where he would draw some pictures to illustrate a story that would help illustrate the theme of that week’s show.

“BJ’s Bunch!”was seen on saturday afternoons from Saturday March 9, 1974 to Saturday December 28,1974. Unfortuneatly..the series was not as successful as Jackson’s Chicago,Ill. based kids tv shows and it only lasted one season on Ch.4.