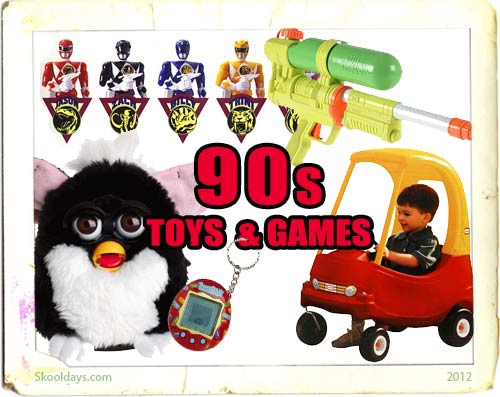 Games and Toys in the 90s basically made a decade of fads and prosperity. Everything from Power Rangers to Pogs to Pokémon. Tickle Me Elmo pulls a Cabbage Patch on holiday-shopping parents, while Beanie Babies raise the collector frenzy to uncharted levels. The digital age keeps its roots in the ever-evolving video game systems from Nintendo, Sega, Sony and others, but Tamagotchi virtual pets and Furby lead the interactive toy parade into the high-tech future.