Back in 1972 Atari released the Pong game to the world. Pong was probably the first video game i ever saw. Closely followed by Old Boot Hill which was heavily advanced compared to pong. Pong is a simple 2 dimensional tennis sports game. With my home version it came with 2 further games, Squash where it was tennis against the wall and one player squash in effect bat and ball on your own if you had no mates! 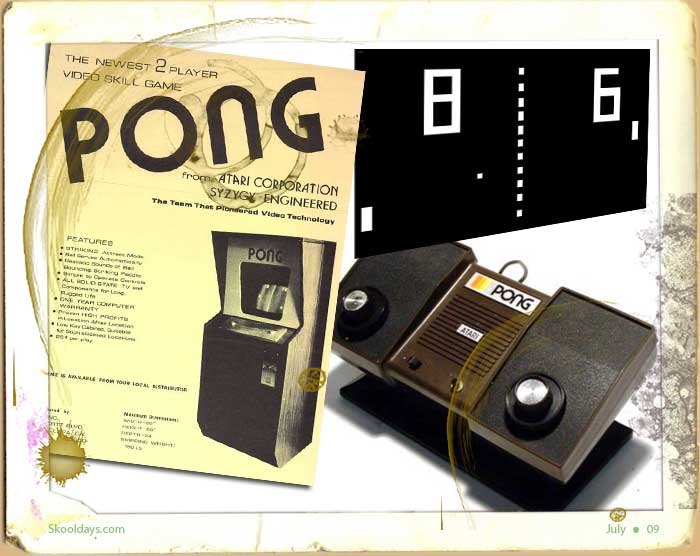 In 1972 Atari released Pong to the world

With the main game Pong, its aim is to defeat an opponent or the computer by earning a higher score. I think mine was the first to 21. Now kids, Pong quickly became a success and is the first commercially successful video game, which led to the start of the video game industry and therefore you have Pong to thank for your PS3’s and Wii’s etc