You are in: Home > Disneyland memories

Disneyland memories are a joy to remember. How things have changed since this 1950s footage. The Disneyland park is barely recognisable. Disneyland 1950s. it had Fantasyland and Skyway but many parts of the park have expanded considerably since this early footage.

It was named Disneyland when it opened on July 18, 1955. While Walt Disney was watching kids ride a merry-go-round, he came up with an idea of a place where adults and their children could go and have fun together. His dream lay dormant for many years until 1955 Disneyland Park was opened to the public on with 20 attractions

Our Disneyland memories include the Disney castle and main street remain as always where as the early park looks like a brightly colored carnival in comparison to its latest look. During the early days of Disneyland Walt was often focused on color, particularly in Fantasyland and on Main Street.  As with his animated films, he saw color as a key element toward affecting a guest’s emotional experience.

Of course many of our Disneyland memories include old and new rides. Notable rides include Space Mountain, Jungle Cruise, the Haunted Mansion, Pirates of the Caribbean, and Walt Disney’s Enchanted Tiki Room. 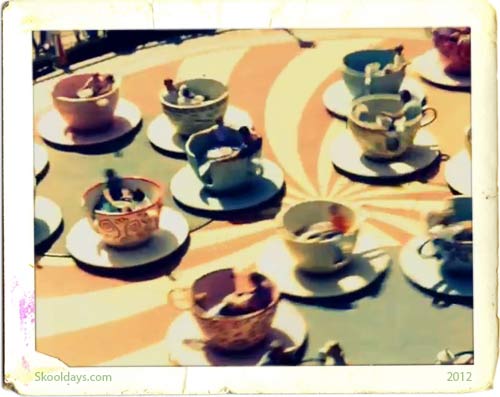 The original park which is the only theme park to be designed and built under the direct supervision of Walt Disney. In 1998, the theme park was re-branded “Disneyland Park” to distinguish it from the larger Disneyland Resort complex.