You are in: Home > Weetabix promotions

Back in 1974 when Robin Hood was at the cinemas as the latest Walt disney release, kids could collect these great cardboard standups and scenery to act out a scene from the cartoon. This promotion featured a set of card characters and backgrounds printed on the cardboard of the box packaging. The more weetabix the bigger the scene or amount of characters. 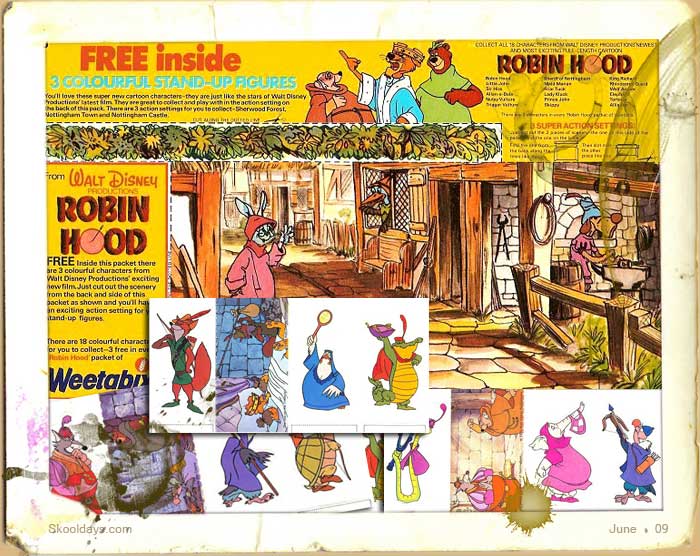 In the mid-1970s Weetabix ran several other promotions on various themes – all featuring stand-up, card characters and colourful backgrounds with which children could recreate action scenes. As well as the Walt Disney Robin Hood cartoon characters. The other set i remember were Dr Who and the Cybermen and also the Asterix cartoon characters.