You are in: Home > Classic 70s Television

So what were you doing on Friday night back in 1974?
Chances are you just may of been watching a classic sitcom on ABC.

Some of the greatest 1970 TV shows would of included The Partridge Family.
With David Cassidy, every girl swooned. The Partridge Family went to the top of the hit parade back in 1970 with their first release, “I Think I Love You.” A pop ditty, built around Cassidy’s strong vocals. This musical clan was hugely popular in the States and across the water in the UK.

Another seventies sensation was The Brady Bunch. A slightly reconfigured family settled down in a four-bedroom, two-bathroom house in the San Fernando Valley in 1969 and gave us several seasons of laughs. This families differences  led to a right old comedy caper.  The Brady bunch remained popular even though its last episode was aired in 1974 on ABC. 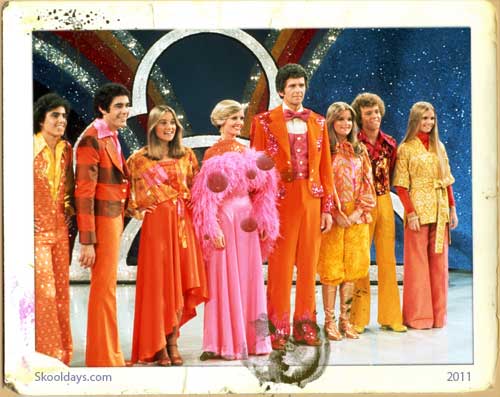 Now who remembers  Nanny & The Professor? The British Nanny played by Juliet Mills along with Prof. Harold Everett played by Richard Long, made a very pleasant 70s classic. Sadly few episodes were made or repeated.

We could go on with the sensational seventies  – This is Tom Jones, Room 222, The Odd Couple, Love American Style.

So what do you remember watching in the 1970s?