You are in: Home > The Clangers

Today we present The Clangers Episode List. The Clangers were The Soup Dragon along with Granny Clanger, Major Clanger, Mother Clanger and Tiny and Small Clanger. Made by Smallfilms production, the Clangers were originally written in a series of children’s books by Oliver Postgate.

The Clangers were very popular for kids from 1968 through to 1972 and both seasons had 13 episodes. 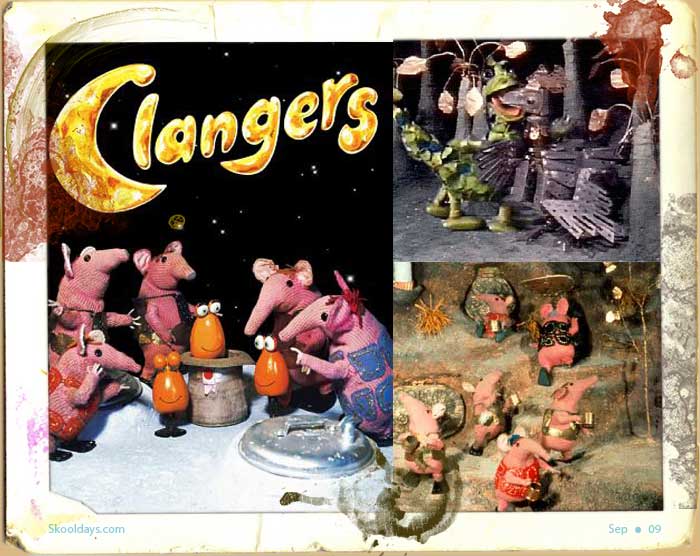 The Clangers with the Soup Dragon

Peter Firmin designed the characters and his wife knitted and ‘dressed’ the Clangers. Music was by Vernon Elliot. 26 5 minute episodes were made over two series were made between 1968 and 1972. They even were seen on Dr Who for a brief moment.

The whistling they made was seriously impossible to translate, but all you needed to know is The Soup Dragon is obsessed with Green Soup. The Iron Chicken was made of Meccano. Froglets and
The Cloud which floats over the surface of the planet with musical rain drops. Actually until you write these things out it never occurs to you how weird this stuff really is!

1 thought on “The Clangers”

Alfred Hitchcock and the Three Investigators