You are in: Home > The Golden Shot

Bobs your uncle on The Golden Shot. Ah, Bob Monkhouse and the The Golden Shot was a great sunday afternoon family viewing must in the seventies. The Golden Shot was a British television game show produced by ATV for ITV between 1 July 1967 and 16 March 1975, based on the German TV show Der goldene Schuss. Along with Bob, their were three other presenters also hosted the show during its lifetime. Hostess Anne Aston the “blonde bird” who appeared to struggle with mental arithmetic was on hand to read out the scores achieved by the contestants, and each month a ‘Maid of the Month’, usually a glamour model of the day, would demonstrate the prizes and announce the contestants. 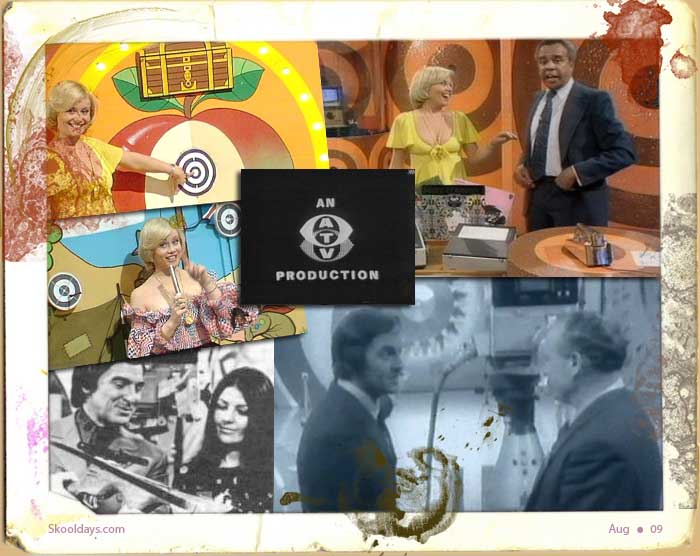 The Golden Shot with Bob Monkhouse

The shows catchphrase became “Bernie, the bolt!” — the instruction from the host to the armourer that the crossbow bolt should be loaded. Three people acted as “Bernie the Bolt” on the show, they were Alan Bailey, Derek Young and Johnny Baker. There was an element of mystery associated with the crossbow loaders because they were not introduced by name and said nothing.

Sadly in the mid seventies, many other games shoes peered there heads such as Sale of the Century and the Price is Right and Golden shot soon fell away into the background. Bob Monkhouse soon reinvented him self with Celebrity Squares, which will be another blog on another day.