You are in: Home > Hectors House

It’s often said that Men are like dogs and women like cats, and the French programme Hectors house put it one step further by including a french frog! It started out as La Maison de Toutou, and with severe dubbing the French puppet show soon became a big hit in the early seventies. I think the female cat was called Zaza and was much more of a catch for Hector than the French frog called Kiki. 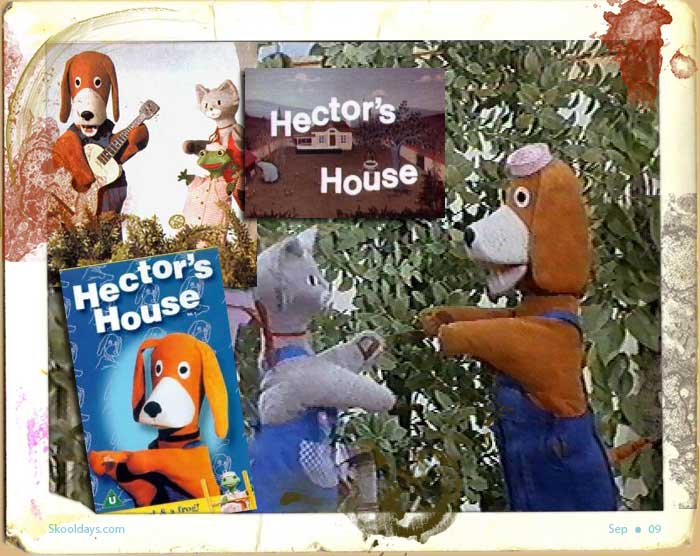 Hectors House from the 1960s

Hector’s House was originally shown by the BBC in the late 1960s. The show stars Hector, a somewhat henpecked hound dog with a stuffy British accent who lives with a female cat and her fussy frog friend who seem to spend their entire day sitting around in the garden and nagging poor Hector incessantly. This came along time before the Muppet show and was mainly glove and string puppets.

Kiki the Frog in the English version of the show was performed by Denise Bryer, who is probably best known as the voice of Noddy and also voiced the Junk Lady in Labyrinth. As regards Hector and his wife there seems little else known.