You are in: Home > The Shirley Temple Show

More often than not..Mrs.Black would also perform in certain instalments of the show:”The Land Of Oz” as”Tip”/”Princess Ozma”,”Winnie The Pooh” as the mother of “Christopher Robin” and “Babes In Toyland” as “Floretta The Gypsy Witch”.(Mrs.Black’s three kids:Daughters Susan and Lori and son Charles Black,Jr. also appeared with their famous mom on the show). 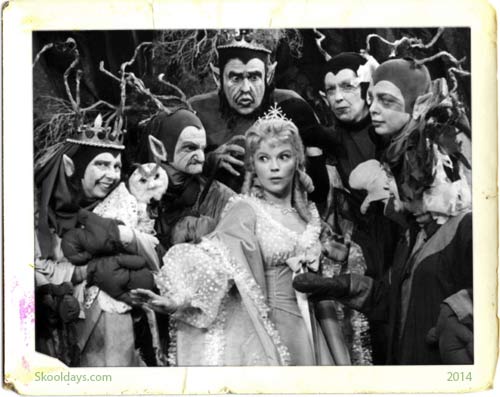 Episodes from the series run on NBC TV has been re-released on the home video market..first on VHS Videocassettes and later on DVD.

1 thought on “The Shirley Temple Show”