You are in: Home > Blue Peter TV Series

Blue Peter TV Series
Blue Peter from the BBC television Centre is a programme for children that ran since 1964. Shows such as Magpie have come and gone as competitors during that time.The programme is a voyage of adventure and discovery for the viewers, constantly covering new topics and thus named Blue Peter. 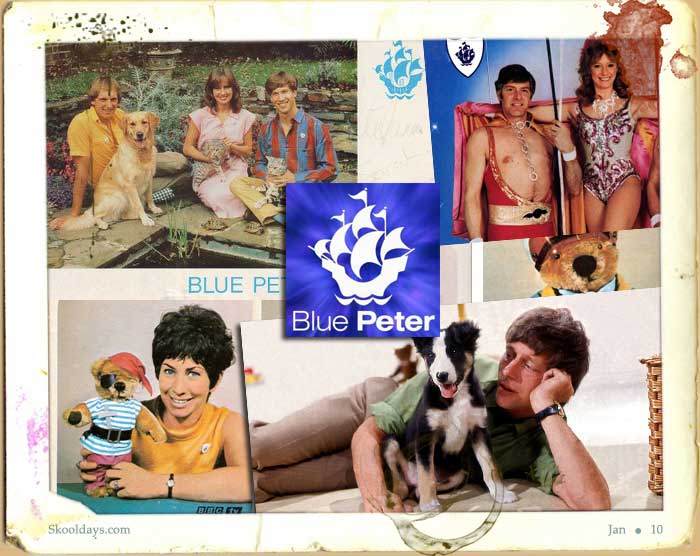 Blue Peter was shown on Mondays and Thursdays for many years and now is shown three times a week. It also has spin-off shows such as Blue Peter Unleashed and Blue Peter Flies the World. Viewers have decreased dramatically in recent years and it looks like Blur Peter may sadly loose its broadcasting funding if things don’t change soon.

Blue Peter has been famous for many things over the years including the “double sided sticky tape” the “Tracey island” and pets as well as elephants causing a mockery in the studios.

A standard “blue” blue peter badge is given to those that appear on the show though there are several variations of the badge for various achievements, A Silver badge for viewers who have already won a blue badge, a green badge, for contributions with a conservation, nature or environmental theme also a gold badge for exceptional achievement. There has also been an orange badge for competition winners and a purple badge for completing a review of the show by completing the form on the Blue Peter website.

Do you have a Blue Peter badge or remember anything else about Blue Peter?