You are in: Home > Sabrina the Animated Series

Who remembers Sabrina: The Animated Series. This cartoon was based on the Archie Comics character Sabrina, the Teenage Witch. It was produced by DIC Entertainment, which was owned by Disney at the time. 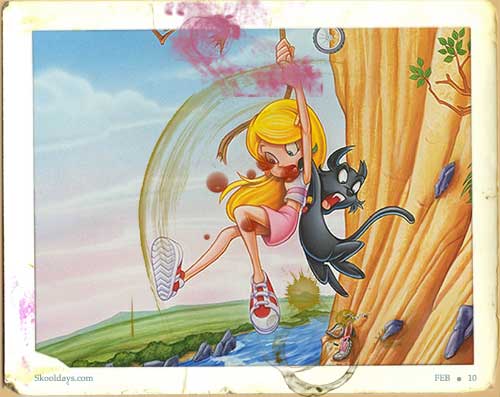 Sabrina Spellman has a secret: she’s a half witch/mortal. She doesn’t become magically empowered until she’s sixteen, but it’s possible to borrow spells from her aunts Hilda and Zelda, which she often does. She finds her meddling turns the situation from bad to worse. Her friend Chloe is aware of Sabrina’s magic but Harvey Kinkle, another friend and her romantic interest, isn’t.

Hilda is more carefree and reckless than her cautious sister Zelda but although they do butt heads sometimes, they’re still sisters!. Salem, Sabrina’s cat with a big attitude. There was also Chloe Flan, that is Sabrina’s best friend. She’s the only mortal besides Quigley who knows Sabrina’s secret.

3 thoughts on “Sabrina the Animated Series”