You are in: Home > Magpie TV Series

One for sorrow
Two for joy
Three for a girl
Four for a boy
Five for silver
Six for gold
Seven for a secret never to be told
Ma-a-a-ag-pie was a children’s television programme shown on ITV from the late 1960s and throughout the 1970s mainly based on pop-culture of it’s day. Magpie was a full on competitor to BBC successful Blue Peter. In a similar way rivals grew. Were you a Magpie or a Blue Peter watcher? Magpie was a magazine format show lasting 25 minutes twice a week. 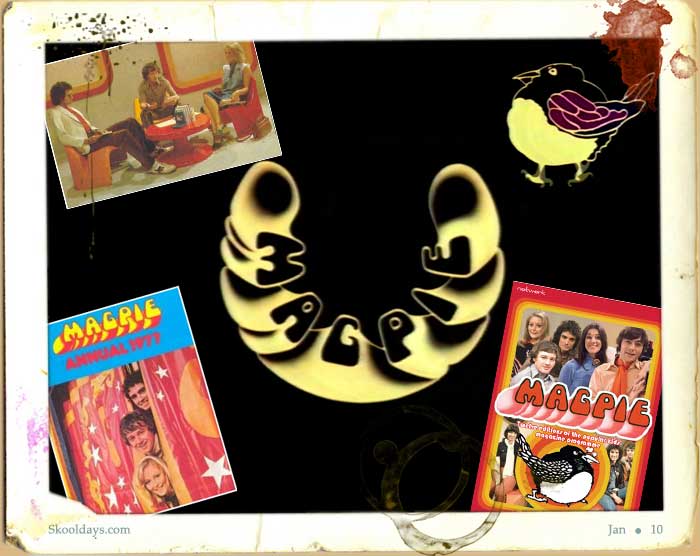 Thames Television produced Magpie and many will remember the show gave you an insiders knowledge of what Television Studios looked like in there day,

The show ran from 1968 to 1980. Many will remember presenters such as Mick Robertson, Susan Stranks, Jenny Hanley and Tommy Boyd.

Do you remember the Magpie TV Series?