You are in: Home > Hungry Hungry Hippos

Blast from the past today – Hungry Hungry Hippos

Hungry Hungry Hippos is a board game made for young children originally designed in 1966 and released by MB in 1978. The purpose of the game is to collect as many marbles as possible with the hungry hippos. 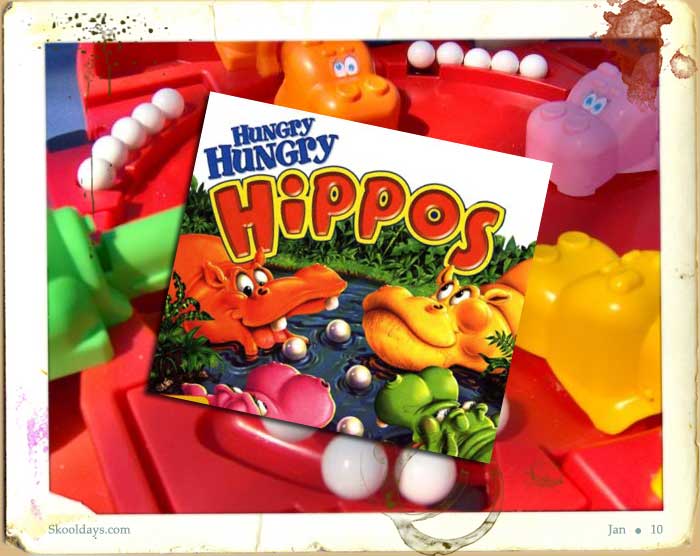 The Hippos were in four colours, they were also named! Lizzie Hippo was the purple one, Henry Hippo the orange one though some versions he is blue, Homer Hippo was green, and Harry Hippo yellow.