You are in: Home > Mister Magoo

Mister Magoo, a nearsighted grumpy old duffer, who turned up on our screens in 1949. His first name is Quincy. 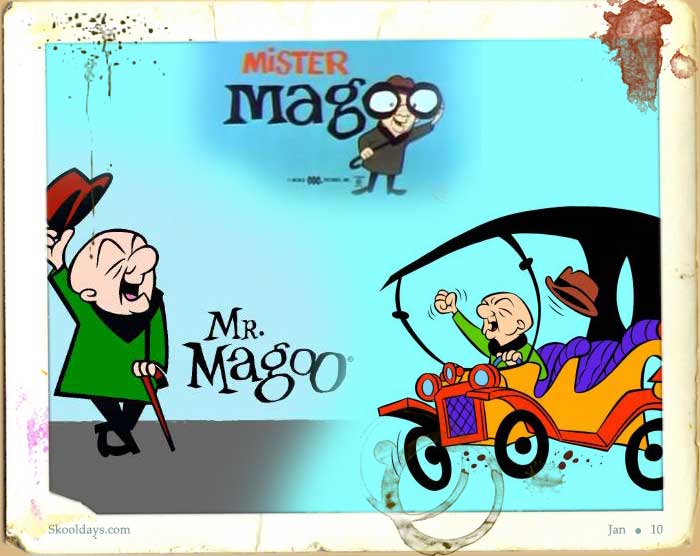 Quincy Magoo was patterned after several real-life people. It seems the main inspiration for the character was the screen presence of comedian W. C. Fields, though it’s claimed the character was the collaborative efforts of the UPA staff who worked on those first films. Mister Magoo was UPA’s first popular success and went on to appear in numerous theatrical shorts, full-length movies, TV specials, TV commercials, and three TV series.

Mr Magoo was voiced by actor Jim Backus who died in 1989 . Much of his voice is made up of mublings and ad-libbing parts to give it the reality factor. Backus was best known as millionaire Thurston Howell in the 1960s sitcom Gilligan’s Island, and as his voice in animated versions, New Adventures of Gilligan and Gilligan’s Planet.

Famous Magoo episodes include 1954 When Magoo Flew and Mr. Magoo’s Puddle Jumper from 1956 both winning awards. By Magoo’s 1977, he was licensed for a half-hour Saturday morning series, What’s New, Magoo?

Other articles on Mr Magoo