You are in: Home > Gold Key Comics

Gold Key Comics were a very colourful compilation of Hanna-Barbera characters from the 1970. Each Comic was jam-packed with several stories from all the characters kids loved on TV. 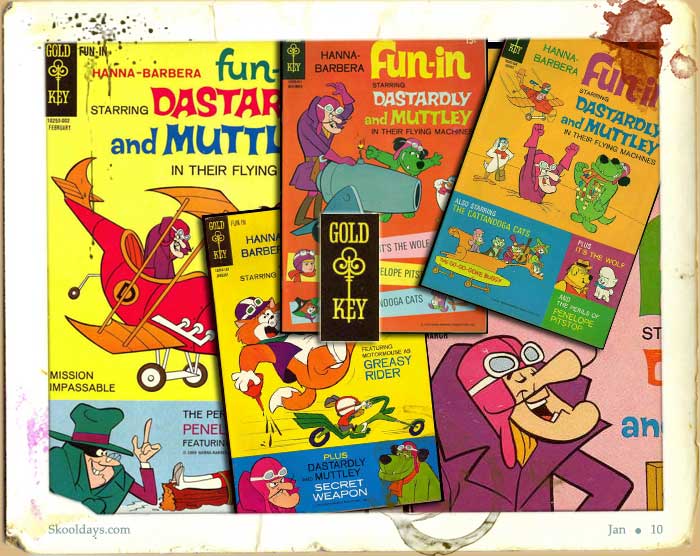 Characters included Dick Dastardly & Muttley, Penelope Pitstop, It’s The Wolf stories, Cattanooga Cats, MotorMouse & AutoCat all under the “Fun-In” title. These comics were closely linked to the Whitman version which produced favourites like The Hair Bear Bunch stories. Dick Dastardly & Muttley were generally in there flying machines, though from time to time they appeared in other classic cartoons such as Whacky races in later years along with other favorites such as the Ant Hill mob who originally appeared in the Hooded Claw cartoons. Hanna-Barbera characters were so strong they could mix and appear with each other and it was all part of the thrill as they were so famously recognisable. This is what the Gold Key Comics used to there advantage

Gold Key Comics were incredibly popular as they gave kids a greater insight into there favourite characters life and also were so very colourful.

Do you remember Gold Key Comics?