Radio Times wall art as seen in Grays, Essex
Radio Times is an UK weekly television and radio programme listings magazine, owned by the BBC
Over the years the covers have made all sorts of collections. Starting in 28 September 1923 the BBC have continued to produce this Television guide on a weekly basis.
The week including Christmas and the next week are published as one double-sized issue (a tradition for the Radio Times since 1969), in common with most other listing magazines. 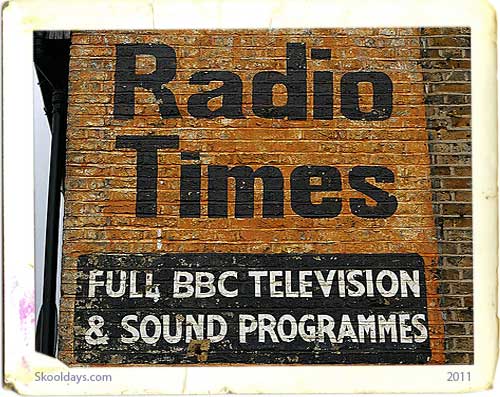