You are in: Home > Children`s TV Themes LP

Back in the days when theme tunes were never the same, as due to copyrights the closest you got to the original soundtrack was a cover version by “CY Payne & His Orchestra” 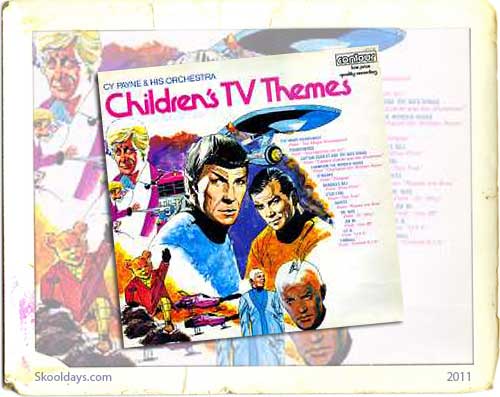 But after myriads of listening in the end you could never remember which version was the original and thus apart from the kids at school who didn’t have it and wondered what you were humming while crayoning, every thing was perfect in the little world of Children`s TV Themes!
Detailed description of Children`s TV Themes LP :