You are in: Home > Bay City Rollers

Bay City Rollers charted from 1974 to 1985 with several number one hits.

The band from Edinburgh was made up of guitarists Eric Faulkner and Stuart Wood, singer Les McKeown, bassist Alan Longmuir, and drummer Derek Longmuir 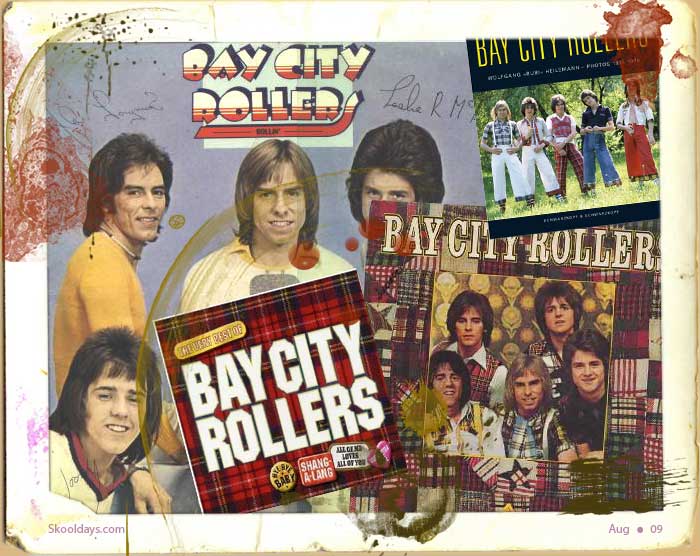 Boys would shout:
How much longer will they go on for?

As quick as they rose, they fell and thereby only remained at the top for a few years. The Longmuir brothers, Faulkner, Wood and McKeown – are generally referred to as the “classic line-up”. In early 1974 McKeown hastily re-recorded lead vocals of the group’s forthcoming single, “Remember (Sha La La La)”, which became a sizable hit and a lead-in to a series of UK chart hits.