You are in: Home > Bohemian Rhapsody

“Bohemian Rhapsody” is regarded as one of the greatest singles of all time. “Bohemian Rhapsody” is a song by Queen, written by Freddie Mercury for the band’s 1975 album A Night at the Opera. The make up of the song is part of its appeal as it has no chorus and is made of disjointed sections including operatic segments, an acapella passage, and a heavy rock solo. 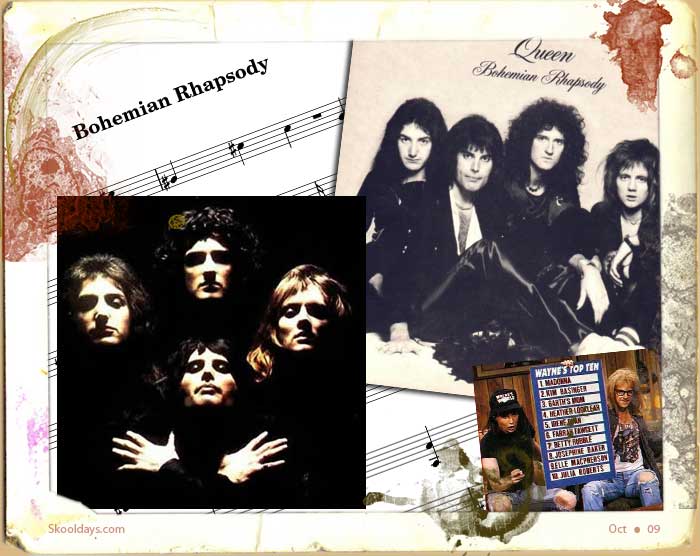 Freddie Mercury wrote most of “Bohemian Rhapsody” at his home in Holland Road, Kensington, in West London.

It was number one for nine weeks in 1975 which was quite incredible. It benefited from having a groundbreaking special effects video. A re-release in 1991 put it back on top again for a second run. In 1992 it also found a surge of popularity with Mike Myers and Wayne’s World head banging and going mental to it in there car.