You are in: Home > Live and let die

I see even X-factor uses the Live and let die theme music these days. Understandably so as this 40 year old Bond theme just never dates and sounds as powerful now as it did back in 1973.

Of all the Bond films I’ve watched, Sean Connery is in my opinion the best Bond, closely followed by Pierce Brosnan.

When it comes to the worst Bond, Timothy Dalton was appalling and many would said Roger Moore wasn’t a lot better. Roger Moore was seriously Corny its true, but Live and Let Die is still my favourite Bond film ever. 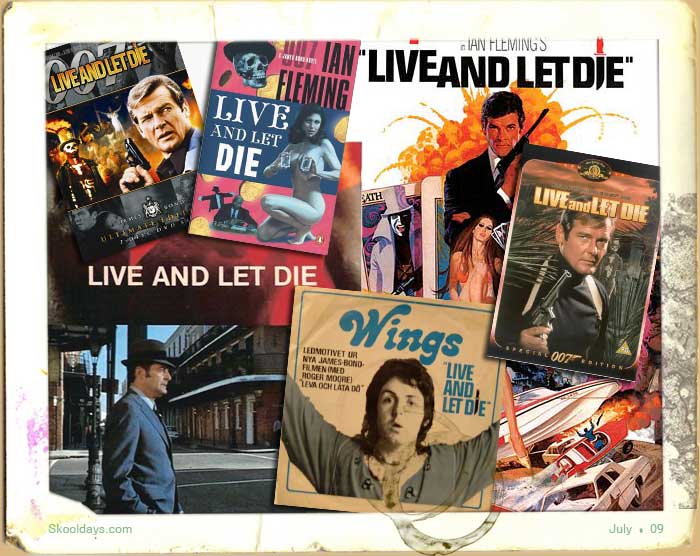 The mysteriousness of the island and gang adds to the atmosphere of a action packed movie. With the most amazing car chases, bus chases, cop car crashes and boat chases it was Dukes of Hazard come early.

Roger Moore is very smooth and yet so corny in Live and let die, but it kind of adds to the whole 1973 feeling of its day. Its retro, its tacky its American, and it has what in my opinion is the Greatest Bond theme tune and one of the greatest tunes ever – Live and Let Die by Paul McCartney and Wings. The music alone is worth buying the DVD for – which is exactly what i did this year.

1 thought on “Live and let die”