You are in: Home > Dungarees

Dungarees or “overalls” actually became fashionable for a time in the eighties.
Originally a few hundred years ago “overalls” or “overall trousers or “bib-and-braces” were used to avoid messing up your shirt and trousers at work. 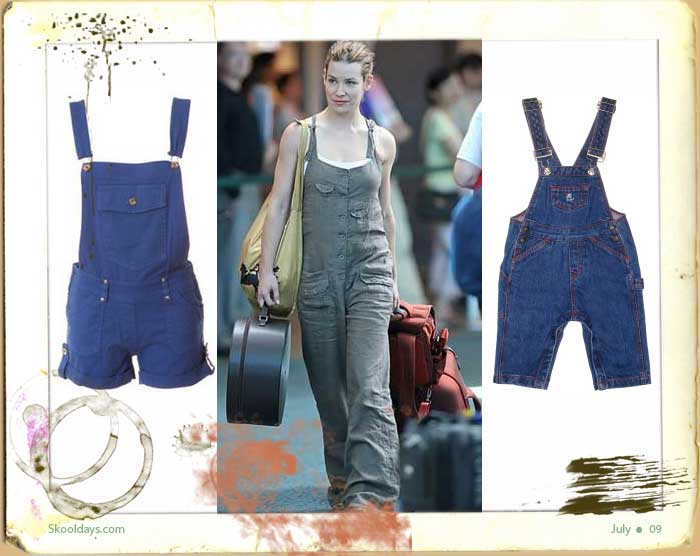 The one-piece work overall arrived in the early 20th century, in tough cotton or in linen, to fit over a shirt or vest and trousers. Later denim was introduced.

Overalls became items of fashion in the 1970s and early 1980s. With unusual colours the fashion statement couldn’t be missed easily. Combined with massive permed hair and leg warmers, yuk lets stop there!

The fashion world began to sell one-piece overalls as high-quality leisure wear. Ski-overalls were and still are especially popular , which is fine as at least it serves a purpose.