Ipod Celebrated over 50 Year Anniversary a few years back – Proof!

Ok we know that back in 1958 the ipod wasn’t top on you’re grannies shopping list, but you have to admit this is a superb photoshop image. 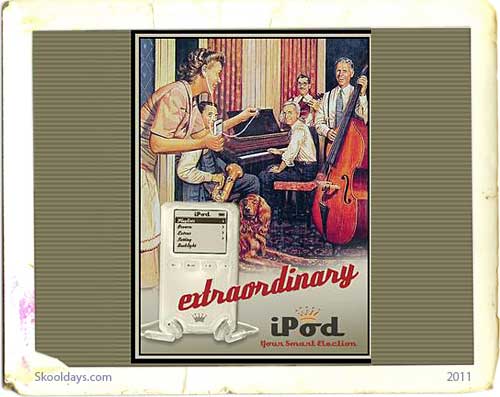 If it was true…. can you imagine

Elvis and the Beatles going to number one in “The Hit Parade” due to MP3 downloads.

Music genre would only have a few variations such as Jazz, Swing and Rock.

Your Gran would be a hoody

The only rapper you would know is the one the ipod came in (wrapper) …see what i did!

You would have to plug the ipod into the “Music Centre” which took up the length of the lounge wall.

That’s a few good reasons why the ipod wasn’t around in 1958, so lets forget the whole thing.