You are in: Home > Corgi James Bond Aston Martin

The Corgi James Bond DB5 Aston Martin, was originally released in 1965 following great success of the movie “Goldfinger”. It originally showed a gold paint job with red interior and spoked wheels with black tyres on the DB5.

As with all Bond cars, it was the operating features such as a rear bullet-proof screen pops up when you press the exhaust pipe, and switches on the side operate the extending front machine guns and overriders, and of course the famous ejector seat that made this a real must.Later models were released in Silver too. Below are examples of both Gold and Silver versions of the Aston Martin. 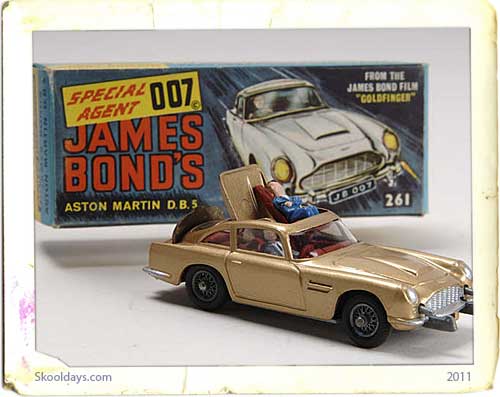 Some even come with the secret instructions. Ebay have had these ones going for up to £400 that’s around $700. Though the Corgi 261 James Bond Aston Martin DB5 starts around £60 that’s about $100. The Gold ones go for more than the silver version. 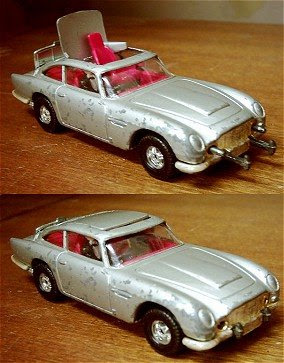