You are in: Home > Alvin Stardust

The name says it all : Alvin Stardust, but how did he ever get such a name? If ever there was a stage name that wrapped up the corny retro feel of the seventies then Alvin Stardust is your man! 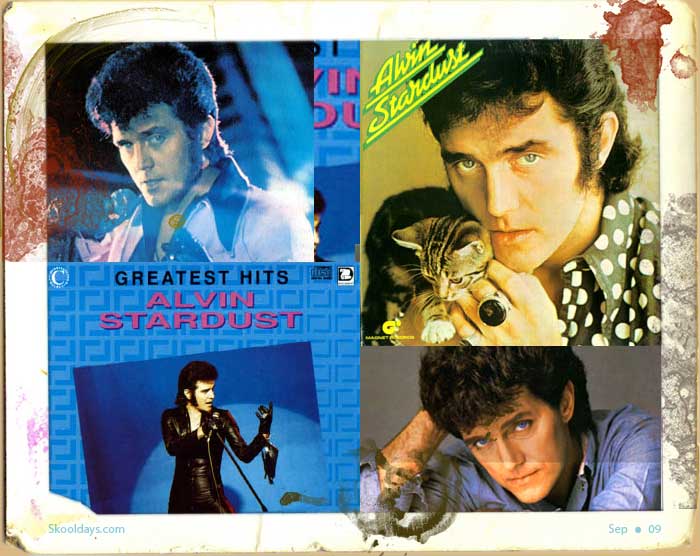 Stardusts’ first single was named My Coo Ca Choo. It was released in November 1973, It reached number 2 in the UK music charts and sold over 1.5 million copies worldwide.

Alvin Stardust was actually a repackaged and updated rocker who had originally performed under the name Shane Fenton. It was at this point that Shane was rechristened Alvin. Alvin Stardust was formed from merging Elvis and Vincent from Gene Vincent and Stardust was originally Starr but was extended so that it sounded even better – now that is debateable.

So i’m sure there are still thousands of fans out there, for me it was music from the seventies, which has a great nostalgic value, but was never music to my ears!