You are in: Home > Movie Maker Board Game

Rediscover Movie Maker Board Game the rare monopoly game in the Hollywood world.
Any one ever played the rare board game from Parker or Palitoy called Movie Maker? In summary it was a type of monopoly game in the Hollywood world. With the need to buy directors and actors, scenes and cinemas, the game provided a lot of fun.
It was designed for 2 to 6 players and each had a large coloured movie camera as there piece for play.There were also 6 Oscar figures, plastic with a layer of faux chrome that often peeled slightly off on every playing of the game. There is a stack of paper money. The Movie Maker cards are nice and sturdy, with sharp corners. The drawings and artwork on them very appealing too, evocative of the golden era of Hollywood. 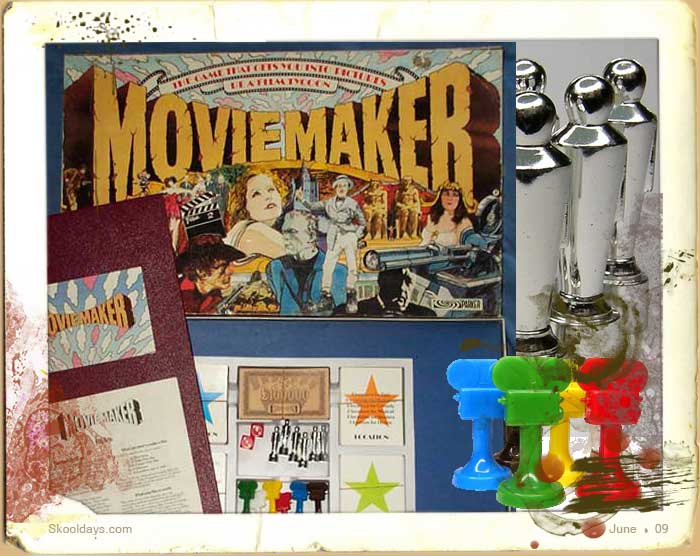 27 thoughts on “Movie Maker Board Game”