You are in: Home > Wembley board game

Now here is a blast from the past board game – The Wembley board game
This board game was a great addition to my collection after finding one at a jumble sale as a kid. The idea of the game is to manage a team to through various rounds of the FA cup and to win the final while making a large amount of money along the way. 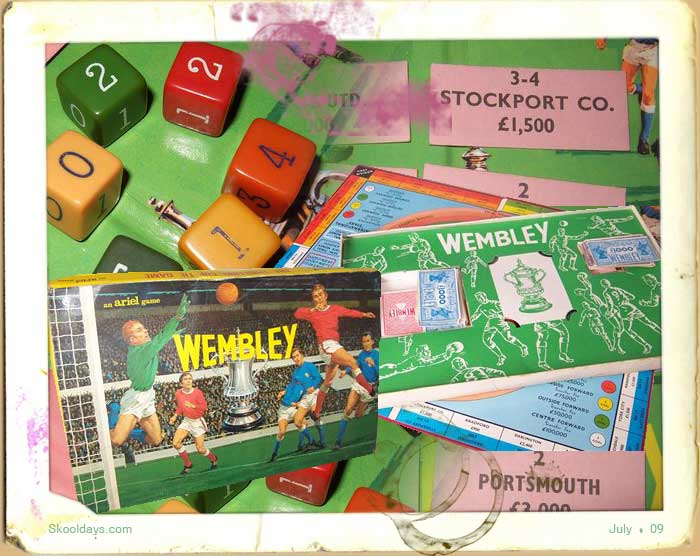 It’s based on English football teams on their way to winning the FA cup. The game has a series of cards which represent each of the clubs, and are dealt out to the players at the start of the game. The clubs go through an elimination cup series, with money being earned for victories, which can be spent on tokens representing star players.

The winner of each match is determined by the roll of a die to represent goals scored, modified by the number of star players. Different dice with various number combinations are used to weight the chances such that a premier division team will usually beat a lower division team. As with all games in the FA cup, there is always a chance of a giant killing in the later rounds.

I found this was one of the games that was just as enjoyable plating on your own – ok i know i sound a bit of a Billy-no-mates, but it was fun just seeing whether you could get AFC Bournemouth beating Manchester United in the final.

4 thoughts on “Wembley board game”