You are in: Home > Magic Robot Quiz Game

Made by Jumbo and Merit Magic Robot Quiz Game was Published in 1950 and While marketed as a board game, the Magic Robot Quiz game is probably more accurately a “curiosity” game. The “game” consists of placing a little robot figurine which holds a pointer in the center of a circular pattern of questions. 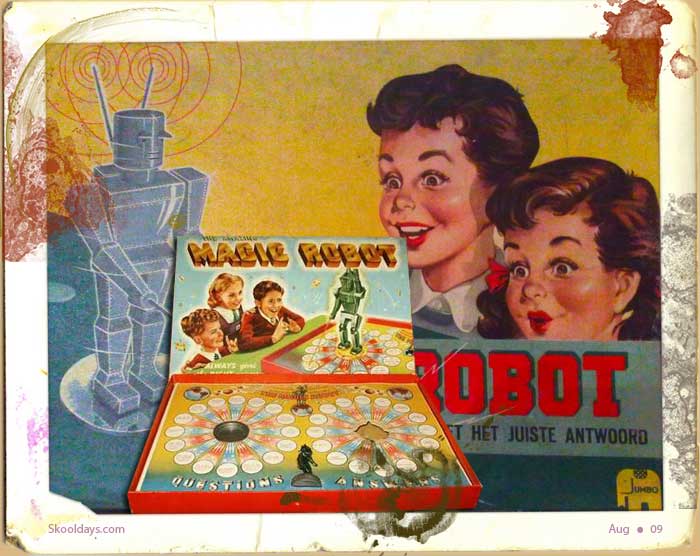 The magic robot is rotated to a particular question, and then lifted from the question area and placed in the center of the circular pattern of answers, whereupon the figurine auto-rotates to point to the correct answer. Magic, and as a kid the main game was trying to understand the physics involved rather than worry about the answers and questions!

Magic Robot was really a 1950’s version of Trivial Pursuit limited to just over 100. So you can imagine it didn’t last long before you knew all answers