Prior to his becoming the second and last host/performer/instructor and interviewer of CBS TV’s pioneering kids tv news magazine “On The Carousel”. Paul Tripp would serve as the host/performer of a kids tv magic program. 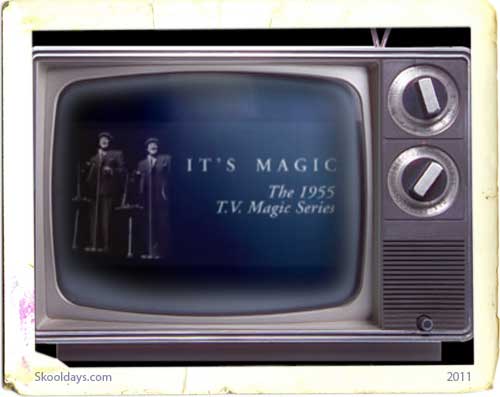 It's Magic with Paul Tripp

And Tripp would also perform magic for the viewing audiences and talk about the life and career of a famous magician(without giving away the magician’s secrets).

Paul Tripp would rejoin his wife Ruth to co-host CBS TV’s “On The Carousel” and later briefly serve as the second host/performer of WOR TV Ch.9 NYC’s”Looney Tunes Show”weekday evenings from Monday January 12,1959 to Friday evening July 10,1959..before he would rejoin his wife one more time as the mc’s of WNBC TV Ch.4’s and Lewis & Alexander’s “Birthday House!”.