You are in: Home > On The Carousel

On The Carousel! reviewed by Kevin Butler

In 1953..The CBS TV Network created and produced the very first tv news magazine for kids “On The Carousel!”. 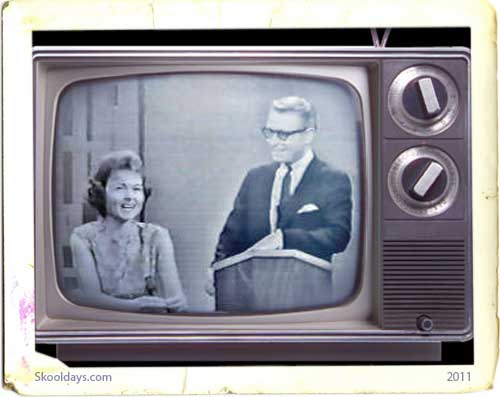 "On The Carousel!" remained on CBS TV's Saturday morning schedule until 1959

The first host/narrator and insrtructor of the program was radio and tv broadcaster: Allen Ludden (who would go onto greater fame a decade later as the host of the popular tv game shows:”G.E.Collage Bowl”and “Password”)..Mr.Ludden would host the show from it’s first show ..until he left the program following the Saturday May 29,1954 telecast.

Paul & Ruth Tripp would succeed Mr.Ludden as the second and last hosts/performers/intructors of “On The Carousel” beginning on Saturday June 5,1954.

Unlike Ludden..The Tripps were able to share in the fun and learning of the projects that the young in studio guests presented on the show and they also created and presented their own original project…A live musical version of “Tubby The Tuba”..which aired on October 2,1954.

Two of the regulars from the Tripps pioneering educational kids tv show”Mr.I Magination!”:Ted Tiller and Ray Carter also appeared on the show..becoming involved with the program’s many concepts.

3 thoughts on “On The Carousel”