You are in: Home > Buster’s Buddies

Set against the backdrop of the porch of a ranch foreman’s bunkhouse and garbed in western duds. 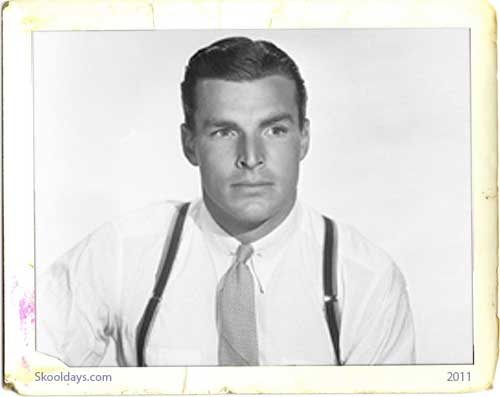 Crabbe would engage his viewers in games,stories, craft-making, hobbies, contests, informational segments and interviews with guest performers and personalities..inbetween the reruns of old movie westerns,serials and comedies.

The show remained on the air..until..the station execs at Ch.9 dropped the show following the Friday October 3,1952.

The station execs at WJZ(WABC)TV Ch.7 in NYC revived the program for it’s weekday evening schedule.

The show (which was re-titled “Buster’s Buddies!” ) returned to the NYC airways on Monday September 21,1953

The format was the same..except that Crabbe wanted to have a studio audience on the program.

Despite the addition of a studio audience of kids.

“Buster’s Buddies”was not a hit with NYC’s young viewers and the station execs at Ch.7 closed down Buster’s tv ranch following the Friday March 26,1954

Buster Crabbe would go onto star on one more tv series the desert adventure program”Captain Gallant” on NBC TV in the mid 1950’s.