You are in: Home > Generation Game

“Life is the name of the game, and i want to play the game with you”
Back in the sweet innocent days of the seventies every Saturday night for a few winter months were graced with Bruce Forsythe and his Generation game.

several couples each week normally made up of a family mismatch of mother and son, or father and daughter competed to make a bigger fool of themselves than all other competing couples. Whether it was naming the celeb behind the snowman mask or spinning plates or dancing like a Morris dancer, it was all good innocent fun. 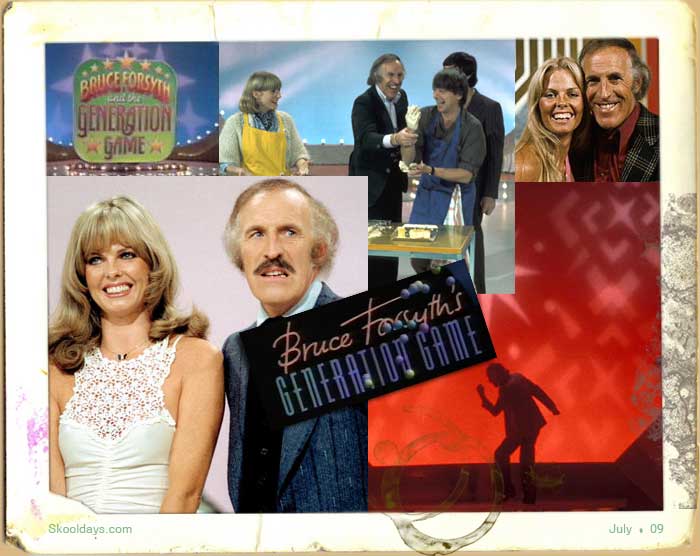 Starting the show with his catch phrase “Nice to see you, to see you nice” and then the “Give us a twirl” when Anthea Redfern came on were all expected parts of the show, week in week out.

the show would end with both finalists couple play acting a 3 minute sketch and with the lines deliberately doctored to make a fool of them. The reward? Yes the famous conveyor belt with the cuddly toy and hamper on. The prizes were of minimal value but the humour getting there was priceless.

The actual games were nothing special it was Bruce Forstyhe subtleties and humour that made this work so well. Stick camp Larry Grayson on a few years later and you’ll see it wasn’t half the show it was. for me this was a great family show that is sadly missed.