You are in: Home > Magnetic Fish Pond Game

Back in the 1920s this old family favourite started to make its way into the local toy shops namely Spears Magnetic Fish Pond Game.

The game was made up of four fishing rods with magnets attached. The four section collapsible cardboard aquarium is beautifully printed with two different fish scenes around it and acts as the lake for the fish to swim in – use some imagination please!. 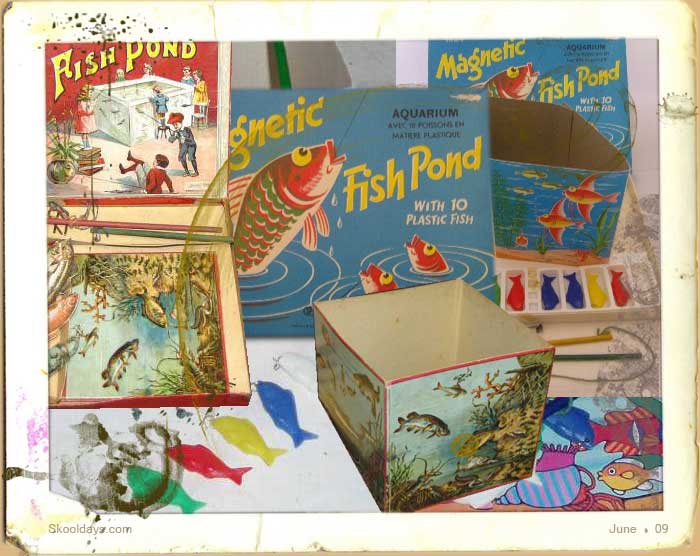 The game has several different fish with metal rings pierced into there mouths. The idea is to cast your magnet in and catch as many fish as possible in a magnetic way.

Some versions of the Magnetic Fish Pond Game had eels in as red herrings, and old boots too. More often than not the rods would get crossed lines and your bite ended up being anothers magnetic rod. In effect it was just like real fishing without the cruelty. great memories.