You are in: Home > The Game of JAWS

The Game of JAWS was made by ideal 1978 as a spin off from the well known cinema smash Jaws by Spielberg in 1977. The advert by Ideal claimed: “It’s you against the great white shark… One wrong move… and the JAWS go snap!” 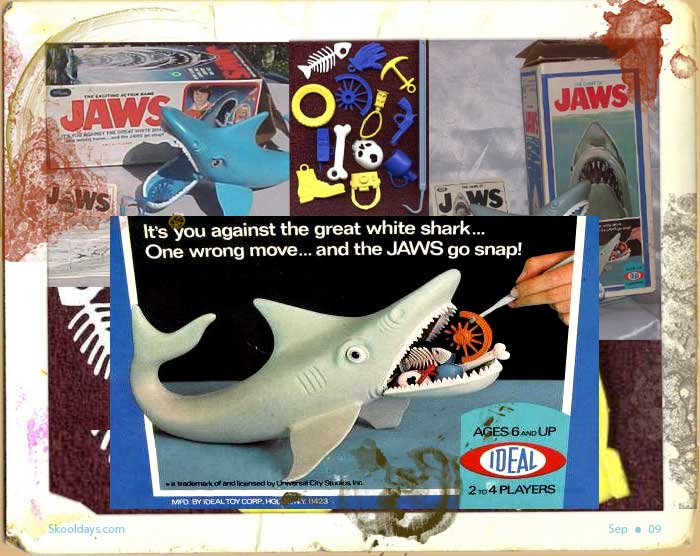 The game promised “Out of the depths of the sea comes the shark. He’s the terror of the sea… But not for you in this exciting game of JAWS. So take part in the great white shark adventure ’cause “JAWS” is full of surprises. Each player equipped with his gaff hook tries to fish out a piece of junk from the JAWS … Careful… If you remove the wrong piece the JAWS go snap. It’s you against the great white shark and each other.”

A classic game from the 1970s that in effect was Buckaroo with a shark instead of a horse!