You are in: Home > Marathon / Snickers

For those that grew up in the UK and Ireland a strange change took place in every kids lunch box in the late eighties and early nineties. The Marathon bar was renamed to Snickers. 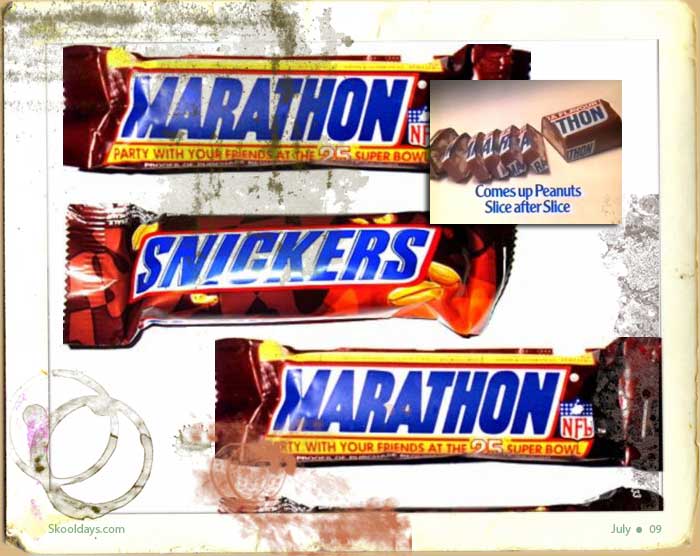 Why Snickers? Why would anyone choose a name that rhymed with knickers? Apparently it was named after a horse owned by a director at Mars company back in the early 1930s!

Mars standardised many of its global brand names. For 18 months before the name changed, the words “Internationally known as Snickers” were printed on the side of the Marathon wrapper. Following the name change, the bar moved from being Britain’s ninth most popular bar to the third most popular.

Snickers is a chocolate bar which consists of peanut butter nougat topped with roasted peanuts and caramel, covered with milk chocolate, this is beginning to sound like an advert.