You are in: Home > Railroader

One grey Saturday morning at a jumble sale i came across Railroader board game.Lets be honest it was so big i struggled to get it out the door. Based on a map of America and the need to grow railroads across the states, the map consisted of loads of plastic tracks and small model trains. 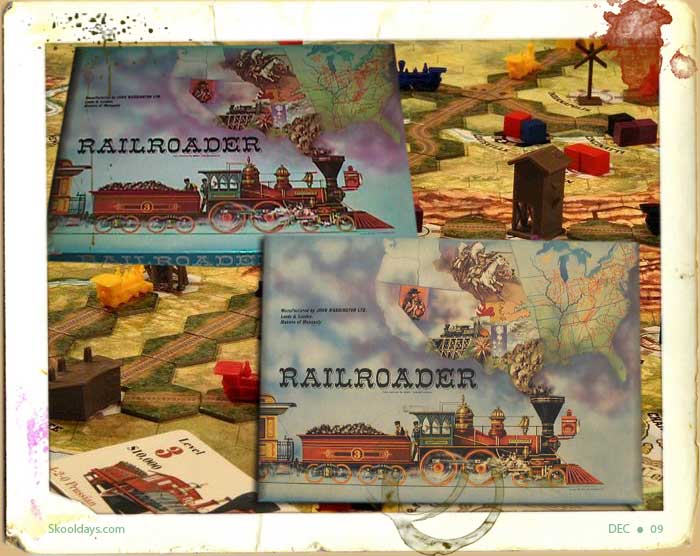 The idea was to build your railroad network into a vast empire. Connect New York to Chicago, earn the most money, develop bigger and faster locomotives and maybe even span North America and build the Transcontinental Railway on the Railroader board!

Railroader stood as as being probably the biggest board game i ever possessed, about 36×45 inches, 91×114 cm. I believe in more recent times the board game has become a large computer PC game by the great Sid Meirs of Civilization fame.

Do you have any memories of the Railroader game?